My Everything is the second studio album by American singer Ariana Grande, released on August 22, 2014 by Republic Records. Grande describes My Everything as “an evolution” from her debut... Read More 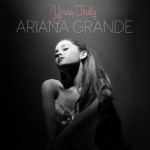 Yours Truly is the debut studio album by American recording artist Ariana Grande. It was released on August 30, 2013 through Republic Records. Incorporating R&B, pop and soul, Yours Truly... Read More